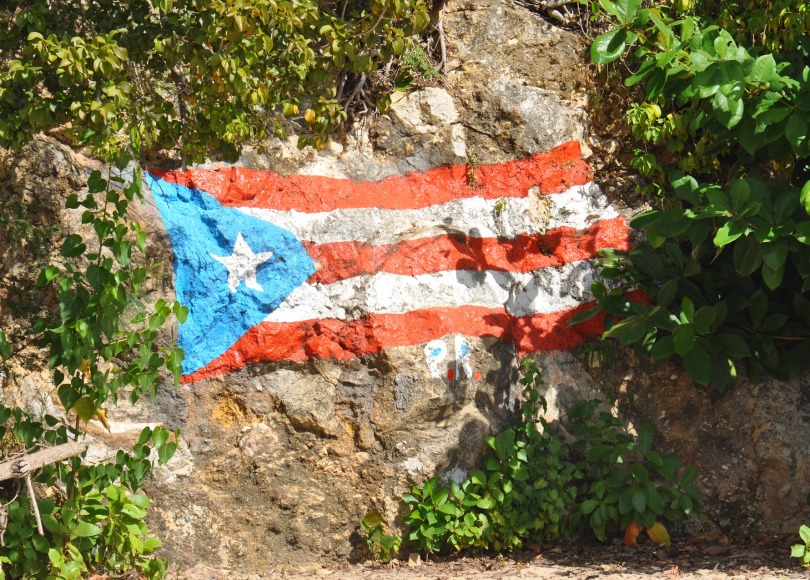 The island of Puerto Rico has been a territory of the United States of America for more than 120 years. The people of the island, since 1917, are born US citizens, and in fact more Puerto Ricans live in the contiguous United States than on the island. Puerto Ricans have, for the last century, been part of the shaping of US popular culture and activism anywhere that they have had the opportunity to live and create cultural roots. With these things in mind, some might wonder: why is Puerto Rico not a State? There are, today, many efforts both on the island and in the States, that push for the annexation of the island as a State, with senators like Darren Soto (FL) acting as spokespeople for the people of Puerto Rico and as advocates for statehood.

However, there is a deeper side to this conversation. Many Puerto Ricans do not aspire to statehood, and in fact many today and throughout recent history have fought (and died) for just the opposite, that is, total independence of the island from the United States. This is, for pro-independence Puerto Ricans, part of an unkept promise made by the United States following the Spanish-American War and the transfer of power over the island from Spanish hands to USAmerican ones. When the United States acquired the territory, some argue, they promised the people that independence would follow in the next decades, as was promised to the Philippines at the same time. While the Philippines today has its semblance of liberty, the same has not been fulfilled in Puerto Rico. While the promise of statehood looms in the air, the question remains: how would this benefit the people of the island?

The answer is that it would not. There are a few arguments to be made here for why statehood does not solve the problems. One could start with an examination on the effects of statehood for Hawaii. The islands of Hawaii were annexed as the 50th State in 1959 through a referendum. Despite the supposed benefit of the admission to the United States, the indigenous people of Hawaii have, since the early 1900s, have challenged and chagrined the idea of statehood. What for the white beneficiaries of capitalism looked as a promise for expanding enterprise in Hawaii has always been viewed by Native Hawaiians as a vicious act of colonialism that has, in the last 60 years, caused shifting dynamics of power throughout the islands. The indigenous of Hawaii have not made material gains from their forces annexation, but have fallen prey to the expansionist attitudes of foreign capitalists. They have lost the right to have agency over the land of their ancestors, the land that they love. This fate is certain for Puerto Rico should the island be annexed.

More pressing is the fact that in the 121 years of occupation by the United States in Puerto Rico, there have been thousands upon thousands of premature deaths that can be attributed to USAmerican corruption. Not least among these tragedies are the Ponce Massacre of 1937, in which some 17 unarmed (in fact, despite being American citizens, Puerto Ricans were not permitted to own guns. The NRA was not so concerned with the second amendment rights of those so-called citizens) Puerto Rican nationalists were gunned down by the US-backed Puerto Rican insular police; the establishment and use of the La Princesa prison, in which thousands of suspected Puerto Rican rebels were tortured and victimized by American military personnel and their Puerto Rican collaborators; and the suppression of the 1950 revolution attempt, which resulted in the murders of various Puerto Rican activists and the eventual assasination of Pedro Albizu Campos. The United States, despite having promised independence for Puerto Rico, has made it clear that the lives of Puerto Ricans simply are immaterial in the face of the accumulation of capital.

Finally, there is the question of cultural genocide. Should Puerto Rico be admitted to the United States, many aspects of the culture of the island would be subject to destruction. The very language of the island, the Puerto Rican dialect of Spanish, would be at risk from an influx of white American capitalists, educators, politicians, and lawmakers who would enforce English language throughout the island. There is, as it happens, a precedent for this sort of cultural imposition, as the U.S. has in history established English-only education for students on the island, which in turn caused a generation of Puerto Rican students to miss out on education in the language that they use daily. Far from the so-called arguments about the loss of an Olympic team or a Miss Universe competitor to represent the island, it is a historical fact that USAmerican interests are at odds with the continuation of Puerto Rican culture, and should the island be annexed, this would only be exacerbated.

The reality is that the issues in Puerto Rico are not going to be solved by the United States, and that is specifically because the capitalist-imperialist nature of the United State’s’ presence on the island is the very cause of those issues. It is not because Puerto Rico is not a State that it has a corruption problem, but exactly because of the United States presence on the island. Becoming a further integrated part of the country that is colonizing the island would only open the door for an extended cultural genocide of the people who have their roots buried deep into the soil of Puerto Rico. This will not do. Independence, economically and politically, is the only route that Puerto Ricans can take to maintain their culture and identity. All other solutions, whether statehood or a failure to change the political status, are opportunities for exploitation.

Vic Santos is a Puerto Rican artist, scholar, and freelance writer. They hold a bachelor‘s  degree in international studies and another in anthropology. They are currently pursuing a Master‘s in Latin American and Caribbean studies, and their work focuses especially on  issues of the African diaspora in the region and the situation of Puerto Rico.