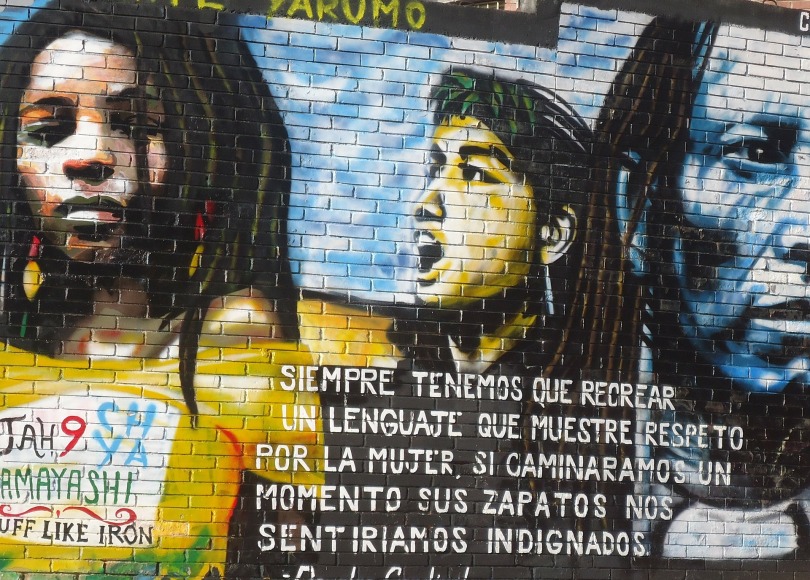 The condition and perception of the feminized and racialized proletariat is informed by the science of dialectical materialism throughout history.

The Marxist concepts of dialectical materialism and historical materialism may accurately describe the situation of colonized people through analyzing previous historic events that led to the present, even in a so-called post-colonial world.

Karl Marx incorporates these ideas into his text Eighteenth Brumaire of Louis Bonaparte. In this text, Marx analyzed the development of the 1848 revolution in France through usage of historical materialism. He wrote this book with the purpose of explaining how the 1848 revolution in France led to a coup headed by Louis Bonaparte in 1851. In Brumaire, Marx states that “Men make their own history, but they do not make it just as they please; they do not make it under circumstances chosen by themselves, but under circumstances directly found, given and transmitted from the past. The tradition of all the dead generations weighs like a nightmare on the brain of the living.”

Today, globalization necessitates the constant expansion of markets in search of infinite profit extracted from the finite resources of the planet and its populations. Due to this, the bourgeoisie must settle everywhere and expand its empires in the name of capitalism-imperialism, and perpetually exploit low-cost labor from the underclass and the Global South in order to do so.

Historical materialism also insinuates that history is a movement of ideas and the unfolding of the relations of production. History is the expansion of the natural, which cannot exist outside of external modifications of it in order to turn it into capital. The material is always embedded in the relations of production and all relations of society are modified by class struggle. As stated by Marx in Brumaire, “History repeats itself, first as a tragedy, second as a farce”. History is a spirit that unfolds as a phenomenon, the continuous synthesis and antithesis of ideas that accumulate through time.