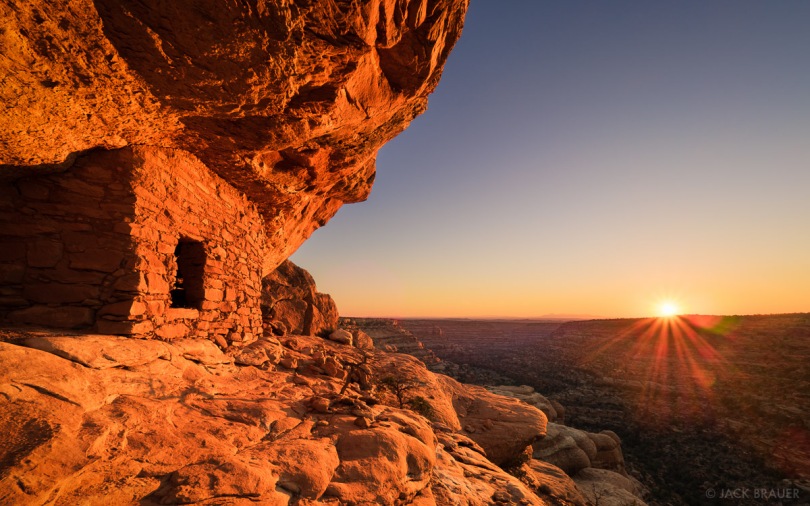 In an unprecedented move, US President Donald Trump is expected to announce his decision to shrink Bears Ears National Monument. This development comes in the wake of Trump’s criticism of the removal of Confederate monuments across the country. For local and diasporic Native communities, the reduction could be yet another blow in the battle for self-determination.

In a landscape dotted with stunning red rock formations, delicate arches, piñon-juniper forests, and deep canyons sits a place rich in history and culture. Situated in the Four Corners region of San Juan County, Utah, Bears Ears – named for its twin buttes– is a place for connections, healing, and illuminating life through Native American traditions and knowledge.

In December 2016, a centuries-long battle for indigenous sovereignty culminated when a coalition of the Hopi Tribe, Navajo Nation, Ute Mountain, Ute Tribe, Pueblo of Zuni, and Ute Indian Tribes were able to designate over 1.3 million acres of Bears Ears for protection within a national monument. This was an important moment for the stakeholders involved – It was the first national monument created at the behest of Native people. Until this point, the U.S. government had a century-long reputation of forcing Natives off of their lands in order to preserve “wilderness”. The coalition stated that it was a moment in history where Native voices were “finally heard and our cultural and spiritual heritage was respected”. The designation meant that 100,000+ archeological sites would be managed by the tribes and protected from oil and gas drilling, mining, grave robbing, and vandalism. However, their victory lasted just nine months.

Trump is expected to announce his decision to shrink Bears Ears by up to 88% to open the land up for uranium, oil, gas, and potash mining. Several other monuments were “pardoned” from Trump’s review for their recreational use, geological uniqueness, biologically diversity, and for containing and honoring relics of human history. Despite Bears Ears meeting that criteria – and in defiance of the millions of public comments submitted in favor of the monument – the Trump administration is expected to push forward its corporate agenda.

Donald Trump would have the public believe that his recent defense of Confederate monuments means he is concerned with the preservation of history. But, much like white supremacists’ erecting of Confederate monuments during key gains in the fight for civil rights, the reduction of Bears Ears is Trump’s way of ‘sticking it’ to people of color as they strive to exercise their right to self-determination. Just three months into his presidency, Trump made it a priority to reduce Bears Ears – His appointee, Department of Interior Secretary Ryan Zinke, opened a 60-day comment period on all national monuments, but limited comments on Bears Ears to just 15 days. Instead of meeting with tribal leaders, Zinke met and toured the site in helicopters with Utah government officials and others who adamantly oppose the monument – pitting Natives who reside on reservations across three states against white residents who live in the gateway community of San Juan County.

In a July statement, members of the Bears Ears Tribal Coalition said, “The radical idea of breaking up Bears Ears National Monument would be a slap in the face to the members of our Tribes and an affront to [Native] people all across the country” adding that “The monument cannot be diminished without imperiling the objects, structures, and other objects of historic and scientific interest protected by monument designation”. According to a study prior to the site’s designation, there are no “unimportant areas” in the monument – Bears Ears is so rich in cultural resources, one cannot go more than one-eighth of a mile without encountering the next site or “object.” In other words, a reduction in size would mean putting sacred spaces and objects at risk.

The expected announcement is part of a series of decisions that serve to undermine tribal sovereignty. Just days after taking office in January, Trump signed executive actions to advance approval of the Keystone XL and Dakota Access Pipelines in Dene, Creek, Blackfoot, Nakota, Dakota, Lakota, Omaha, Ho-chunk and Panka territories. Both pipelines are already leaking onto ancestral Native lands.

The Tribal Coalition is not waiting for an announcement, they are mobilizing and have vowed to continue the fight for use and management of their ancestral lands.

Erin Mezgar is a socialist writer and activist.